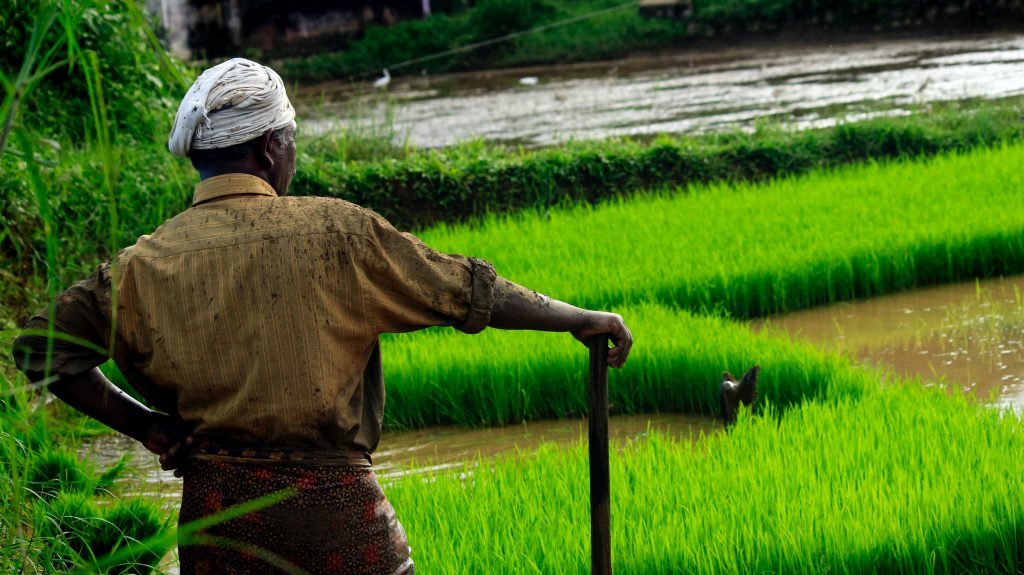 Farmers in Wardha, a town a few dozen kilometres from Nagpur, have heard of social distancing. They may not all be literate but they know that they have to wear masks. Most pharmacies have run out of masks but these farmers make do. How? They have fashioned masks from turbans and spare shirts.

Pradeep Kum, who owns a small five-acre orange farm, insists his family have vitamin C-rich food every day. “It boosts immunity,” he says. An orange farmer would know. The virus worries them but not in the way it would to someone reading this.

“Post-harvest, the first two weeks were the hardest. Traders were unavailable due to the lockdown, and transportation to mandis (markets) was a big hassle,” says Kum. His produce sat waiting to be picked up and then time took over. “Oranges begin to rot within 10-12 days of cultivation, and I was worried sick about recovering my cost, making a profit seems like a dream,” he adds. When he finally did manage to find buyers, they tried to bargain the price down. “They offered offensive prices for my produce, but I had no choice,” Kum explains. It is not just Kum and fruit farmers. Several cotton farmers we spoke to have been unable to sell almost 40% of their harvest. Most of these farmers depend on large companies and garment manufacturers. But that dependence is proving costly because the machines in these factories are cold. Several farmers we spoke to had taken the extreme step of abandoning their harvests.

Farmers across the country have been dependent not just on their customers but also on finding and selling to these buyers at the right time and price, irrespective of crop type. The harvest season generates liquidity, which helps feed their families, pay bills and buy inputs for the next season. Typically, farmers manage to sell their produce. It is a different conversation if the money they earn is enough to feed, buy seeds and save for a rainy day. But they do manage to make sales. We are, however, living in extraordinary times.

The novel coronavirus has swept the world, with deaths, at last count close to 300,000. Over 4 million people across have been infected by it. Economies have screeched to a halt, people are locked indoors and all anyone can do is wait. This lockdown means different things to different people. For health and essential workers, they are at war with an invisible enemy. For most others, it is about working from home. But there are two groups of people who are fighting for their lives and the virus–the daily wage workers and farmers. Daily wage workers are moving out of cities back to their villages. Most risk their lives trying to get home. But these farmers are home. Trying to find answers.

Agriculture acts as a primary source of income for almost 55% of India’s population. A 2017 Niti Aayog report stated that 22.5% of the farmers in India live below the poverty line. These farmers have very few options when it comes to selling or storing their produce. The challenges facing farmers are real and need solutions immediately.

Let’s go back to Kum from Wardha. He didn’t have the option of not selling and storing in warehouses. Cash and grain farmers have that option and some banks even offer loans. But what about farmers that grow perishable products such as fruits, vegetables, dairy or even flowers? The answer for them is cold storage. But there are very few cold storage facilities in India. Even the pharma industry fights for this resource.

Kum and others like him could sell to restaurants and factories that manufacture fruit juice and pulp. But they have been affected by the lockdown as well. The demand for fruits and vegetables has dropped by 60%, according to an informal survey conducted by Wadhwani Institute for Artificial Intelligence, therefore causing a severe dip in price. Several mandis report that the volume of incoming produce has halved compared to pre-lockdown. We’ll come back to this in a minute.

Half of the produce that farmers cultivate does not reach consumers anymore. The cumulative impact of these factors on a farmer’s income has been catastrophic.

How catastrophic? Milk prices have halved, affecting 75 million dairy farmers in India. Almost 720,000 banana farmers in India saw prices crash 50%. Vegetable farmers, in some regions of this country, are barely able to breakeven. Onion, which has been a weather vane of the economy in India, has seen a 30% drop in prices. These are just the highlights. The conversation about unpaid dues, bills and debt is a whole other story.

What can be done about it? Crop insurance is usually the answer. But that relies on which part of the country the farmer is in. That dictates if insurance companies are willing to take the risk. So crop-based insurance morphs itself into area-based insurance. This solution is broken because of a lack of accurate and localized data. Additionally NABARD reports that only 30% of farmers invest in such financial products. The coverage, however, is against yield, there’s no coverage for market linkage or prices. Additionally, there’s no insurance for fruits, vegetables and dairy. Currently, it is not just the prices that hurt farmers but the collapse of the supply chain caused by the lockdown. Let’s look at the supply chain and analyse the speed bumps. Most big farmers employ daily wage labourers to harvest crops. Because of the lockdown, labour has found its movement restricted. This means they haven’t been able to travel across cities or even districts to get to these farms. Now, let’s assume a farmer manages to source local labour and does get her crop harvested. It has to be loaded on to trucks and transported to markets, which are often not in the same district. Often, farmers need a pass to cross district lines. Conflicting orders by state and the central government and their interpretation by local corporators and the police, along with threats of violence, stop the movement. Let’s assume, the farmer does manage to get to the markets. Mandis have implemented social distancing norms, which means only half the farmers are given access to sell their wares each day. Remember when mandis recorded a drop in the volume of incoming produce. This is one of the reasons. And when the farmers do manage to get to the market, their produce is deteriorating and the number of buyers is fewer because of the lockdown. What could the solution have been? Clearer directions for daily wage workers would have made this easier, the Essential Services Act has to be enforced and temporary markets can be constructed so all farmers have access to customers and maintain social distance. There are several attempts to streamline these processes. Agricultural departments have set up a pass system for ease of logistics, token systems safeguarding against overcrowding at mandis, farmers do not have to depend on APMCs anymore, the government of Tamil Nadu has set up a helpline number for farmers. But the damage has been done.

A NABARD study from 2017 reported that an average Indian farmer gets 43% of their income from farming activities (like crop and livestock cultivation) and 57% of their income from off-farm activities like daily-wage work, labour work and running small businesses. Wage labour reportedly contributes 34% of a farmers income. This split is much higher among smallholder and landless farmers.

Let’s stop for a minute here. Joblessness within these small farmer communities has risen especially due to migration of labour to their villages. A Technoserve study predicts that India’s economic slowdown could result in a 33% reduction in net farmer household incomes in 2020. This reduction will have a disproportionately large impact on around 17 million farming households who grow fruits, vegetables and plantation crops. These households are predicted to lose up to 80% of their income. Additional farming households may be pushed into poverty and face heightened issues of food security and nutritional balance.

It won’t be long before this impact trickles down to consumer prices. Retail prices of several vegetables are inching upwards.  Farmers incomes would make it difficult for them to plan upcoming harvest seasons, which may dampen agriculture growth in the medium term. Technoserve also predicts a 470 million MT decrease in agricultural supply in the next two years.

What can and should be done? Short term interventions to ensure ease of movement of agricultural goods are already being implemented in many regions where lockdown has been eased. The central government has also announced an amendment to the APMC act which would allow farm produce to be procured from a farmer’s doorstep. Several steps have been taken to ensure that agricultural input supplies like seeds etc reach farmers in time for the next harvest.

Market linkage, low farmer share in consumer price, and access to financial services have been an age-old issue for smallholder farmers in our country, and the lockdown exacerbated it. The best way for the farmers to solve these challenges is to come together—aggregate their input and financial needs, harvest produce and jointly go to market. While the government of India has been promoting Farmer Producer Organisations (FPOs) extensively, and there are many ag-tech startups attempting to shorten the supply chain (Grofers, WayCool Foods etc), they cover a very small fraction of all farmers in India. Strengthening mechanisms to unify farmers and collectively enhancing their financial literacy, and the market potential is more important now than ever.

Niti Aayog’s report also believes that augmenting off-farm income is key to increasing farmers’ income. It is imperative that every organization in this country working to serve farmers think about skill-building among farming households and prepare them for employment opportunities for when the economy recovers. “The best way to help a farmer is to enable one member in her family to get a job,” says Rajesh Jain, senior director of programs, Wadhwani Institute for Artificial Intelligence. MNREGA has a huge fund designed to build skills and employment in rural India, but most of these activities have been suspended due to the lockdown. More such interventions that promise skills employment are imperative to improve farmers income in the long term.

Farmers in some parts of the country are being allowed back on the fields. However, there is an uphill battle waiting for farmers, the government and the various stakeholders in the industry. Time is of the essence.

Vasudha Khare is an innovation fellow at the Wadhwani Institute for Artificial Intelligence. 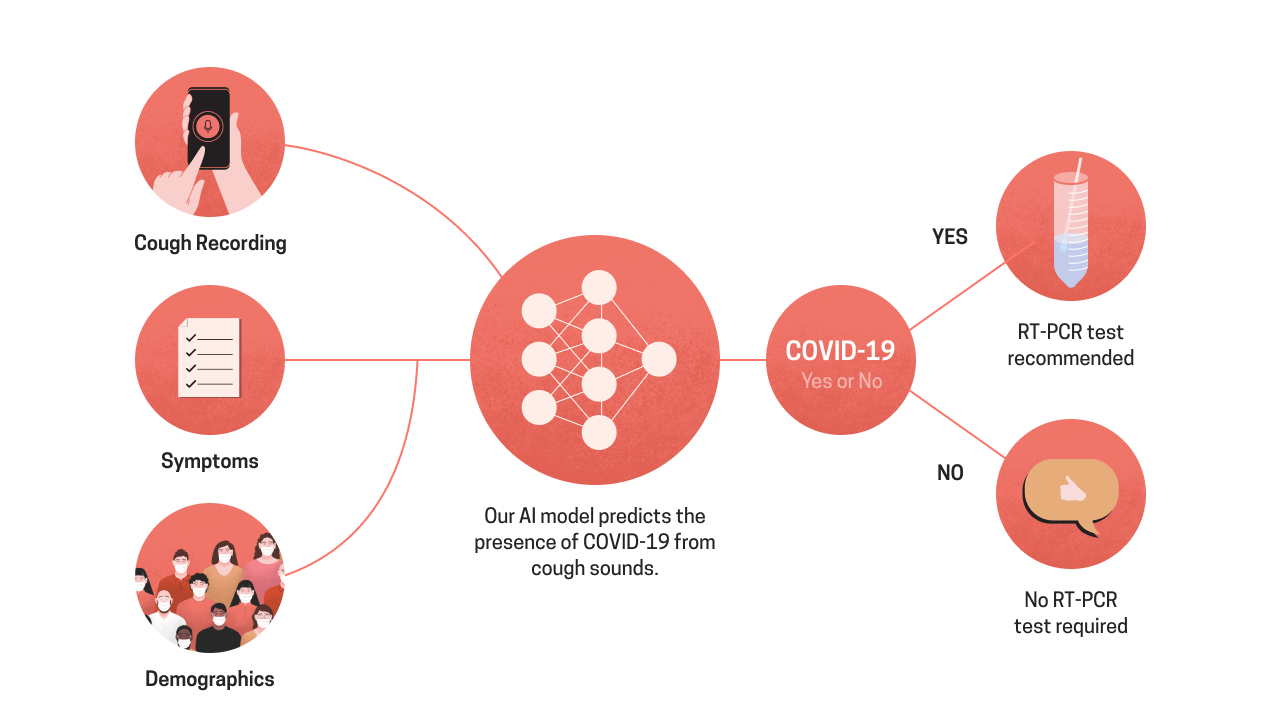 Cough against COVID can increase testing capacity by 43% 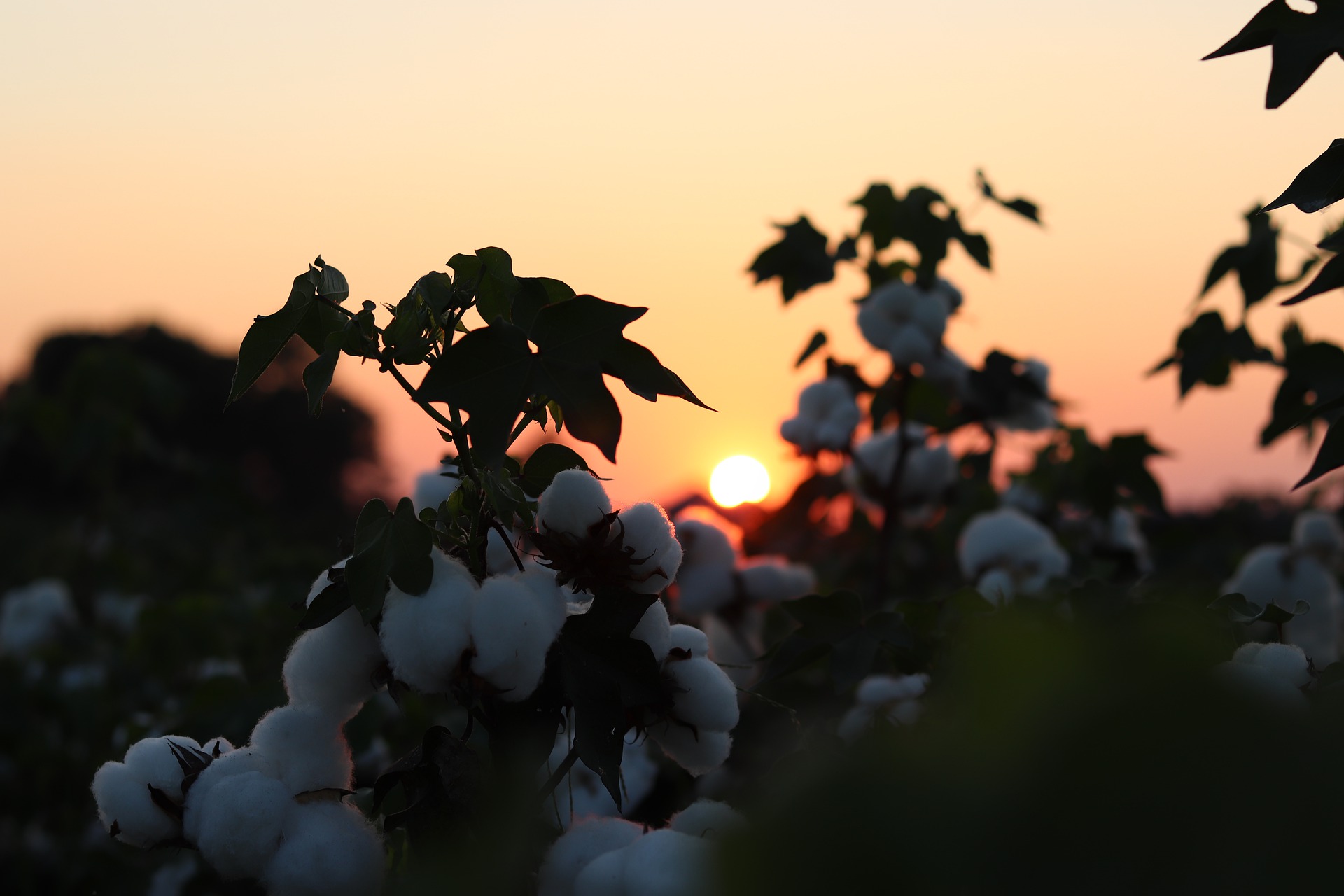 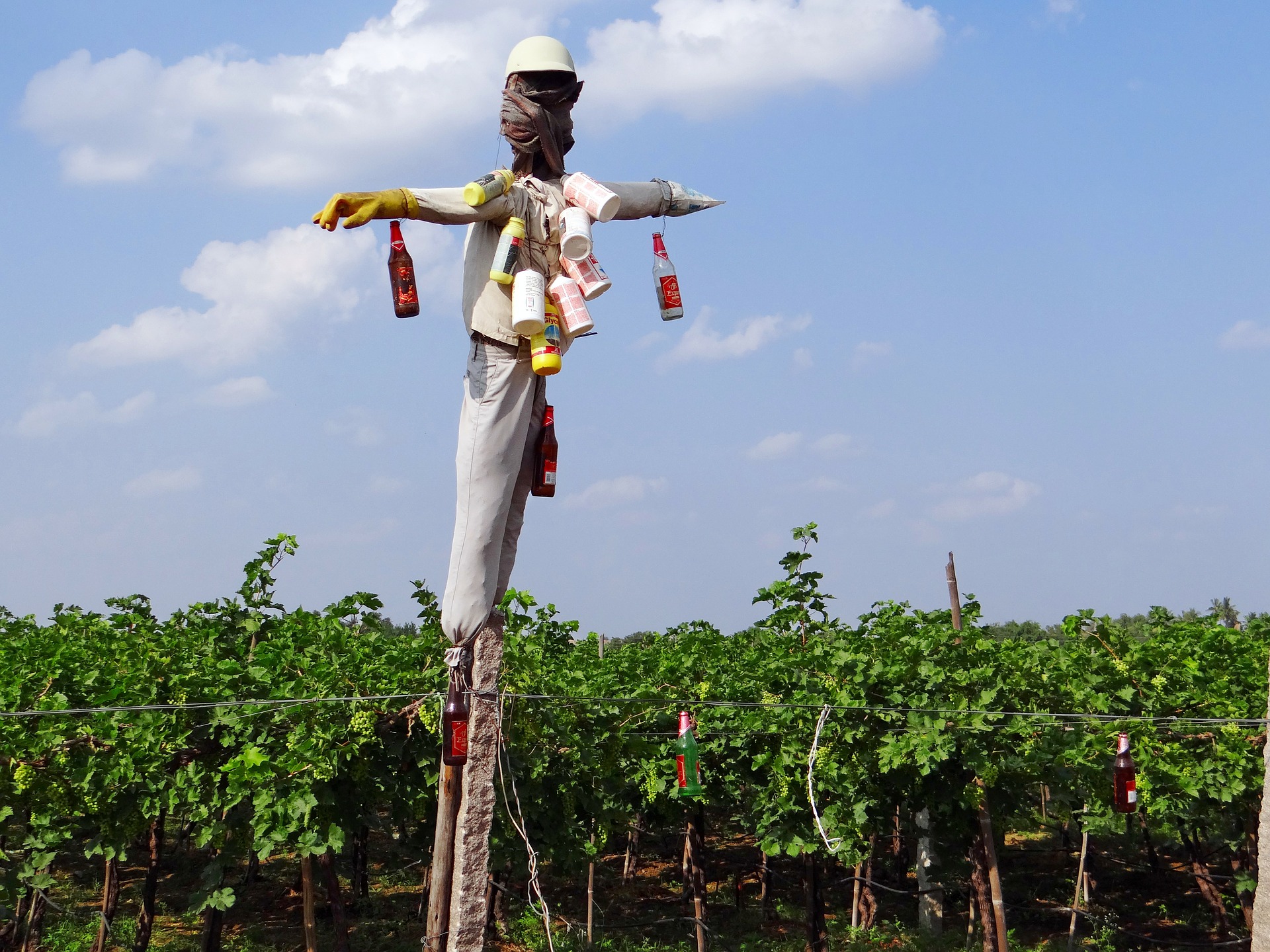